Our planet as a whole is getting warmer, and this warming is what’s increasing the likelihood of climate changes in regions across the globe.

According to National Resources Canada (NRCan), in Ontario, average annual temperatures could be 3°C to 8°C higher by the latter part of the 21st century, leading to fewer weeks of snow, less moisture in the soil, and an increase in the frequency and severity of droughts. 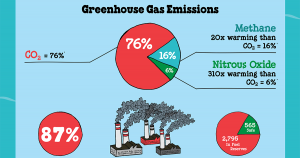 WHY OUR PLANET IS GETTING WARMER

The world is getting warmer, and human activity is largely the cause. Gases we produce, such as carbon dioxide (CO2), methane and nitrous oxide trap the sun’s heat in the atmosphere, raising temperatures, much in the same way the roof of a greenhouse keeps the warmth inside. This is called the greenhouse effect and these gases are known as greenhouse gases.

A portion of the greenhouse gases in our atmosphere do occur naturally and are needed to keep the earth warm enough to support life.

Also, nature has many checks and balances, like trees and plants, which absorb CO2. Large bodies of water like Ontario’s many lakes, help balance air temperature.

The problem is that human activity is adding huge quantities of greenhouse gases to the atmosphere, and is throwing off natural balances.

Since the industrial era began in the early 1800s, more and more greenhouse gases have been put into the atmosphere, mainly from burning fossil fuels such as coal, oil, petroleum products and natural gas for transportation, electric power and manufacturing.

There is widespread agreement among experts about climate change. The Intergovernmental Panel on Climate Change (IPCC), a United Nations-backed group of some 2,500 top scientists from 192 countries, stated in its fourth report, issued in 2007, that human activities have contributed significantly to recent changes in ecosystems and weather patterns, and to threats to human health across the world.

The 20th Century was the warmest century in the past 1,000 years, and the 1990s were the warmest decade of that century. Every year since 1992 is on the current list of the 20 warmest years on record.

The earth’s overall surface temperature has risen by 0.6°C since the 19th century. While that might not sound like a lot, when it comes to worldwide averages, small-digit changes have huge consequences. The world was only 5°C cooler during the last Ice Age.

Concentrations of heat-trapping greenhouse gases in our atmosphere are now higher than they have been at any point in the last 650,000 years, and the greatest increases have been in the past 50 years. This is the first time in recorded human history that we have had such change, but geologic records show that extreme climate changes in the past have coincided with severe environmental changes, including extinctions of entire species. 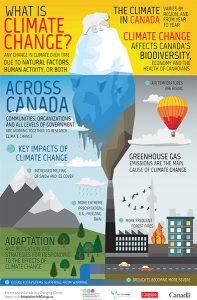 Some severe weather-related events are already attributed to climate change:

Unprecedented heat waves in Europe and India have killed tens of thousands of people.
In the summer of 2005, a warmer-than-normal Gulf of Mexico added tremendous strength to Hurricane Katrina just before it hit New Orleans.
Milder temperatures across the globe are enabling disease-carrying insects to live in parts of the world where they couldn’t survive in the past.
If current trends continue, the earth’s surface temperature is expected to rise anywhere from 1.1° to 6.4°C over the next 100 years. In Ontario, temperatures could go up as much as 8°C.

In addition to less snow and more droughts, Ontario could see other changes:

A drop in Great Lakes water levels by as much as one metre by 2050, affecting shipping, fisheries, water quality, water intake systems s in our cities and shoreline property.
More extremely hot days (above 35°C), increasing the risk of heat stress-related illness among the old, the young and those with chronic lung diseases such as asthma.
Less snow but more freezing rain – a threat to transmission lines, road and airline safety
Changes in wildlife habitats and crop yields, requiring more irrigation and increasing the risk of warm climate diseases such as Lyme and West Nile diseases and malaria.

What’s a tonne? (1 tonne = 1 000 kilograms)
The average Ontarian personally creates about five tonnes of greenhouse gases every year. How much is one tonne? Here are a few comparisons:

The five guys in the starting lineup of the Toronto Raptors together weigh about half a tonne – 50 starting players would be 5 tonnes.
A typical minivan weighs about 2 tonnes – two minivans and a small vehicle would be about 5 tonnes.
An adult African elephant can weigh seven tonnes.

A Megatonne (1 Mt) = 1 million tonnes)
Current estimates say that Canada produces around 195 million tonnes of carbon emissions above our Kyoto targets. To put that in context:

The combined weight of every car sold in Canada in 2006 is 2.9 million tonnes – that’s only 1.5 per cent of Canada’s Kyoto gap!
One megatonne is about the weight of every living blue whale on Earth.
Every person in Ontario is personally responsible for about five tonnes of greenhouse gas emissions every year. If you want to see how much changing what you buy and what you do can help fight climate change, try out the carbon calculator at www.OneLessTonne.ca. This tool is provided by our partners at the Pembina Institute. Take the Carbon Test!

Check out the Ministry of the Environment’s new kids’ site, E-Zone.

The Ministry also has a website for teens and young adults, obviously.ca.

If we cut emissions now, global warming and the future effects of climate change can be far less severe, if not prevented entirely.

But combating climate change is a bit like turning a very large ship. There are some changes that have happened already which cannot be avoided. By acting now, though, we can reduce the risk of big changes, reduce the impacts that we and future generations will experience, and give ourselves more time to adjust.

The last report from the Intergovernmental Panel on Climate Change (IPCC) indicated that, if we could get greenhouse gas emissions to peak and then decline within the next 10-20 years, the risk of seeing temperature changes higher than 2° C would be greatly reduced.

Individuals are responsible for about one-third of greenhouse gas emissions in Ontario. Every person in Ontario generates about 5 tonnes of greenhouse gases every year (including the pollution we create when we use electricity that comes from fossil fuel-burning plants).

If all 12 million of us in the province reduce our fuel and energy use and cut our own emissions by 10 per cent, it would be the same as completely eliminating the pollution of 1.2 million people. That’s 6 million tonnes of greenhouse gas. 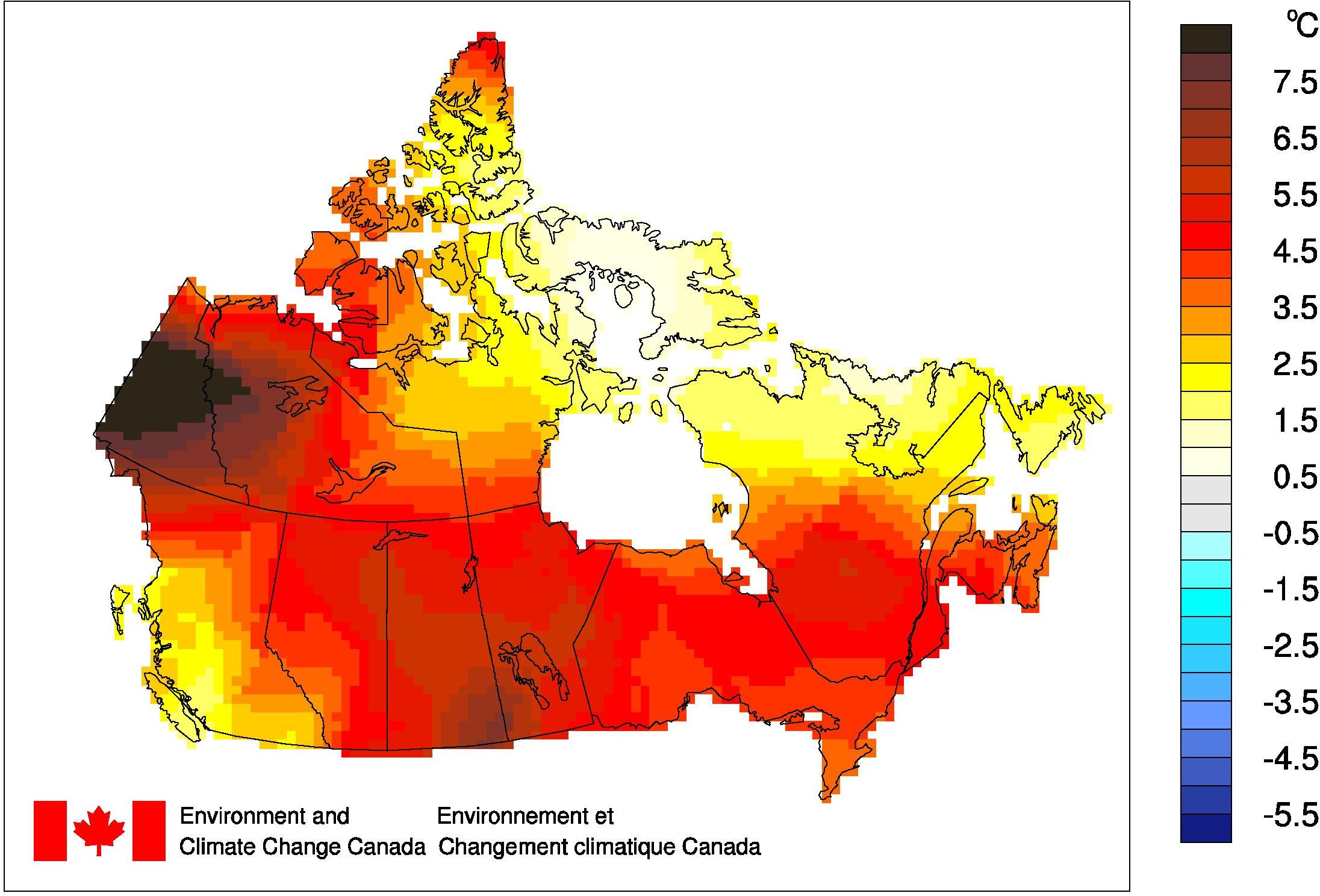 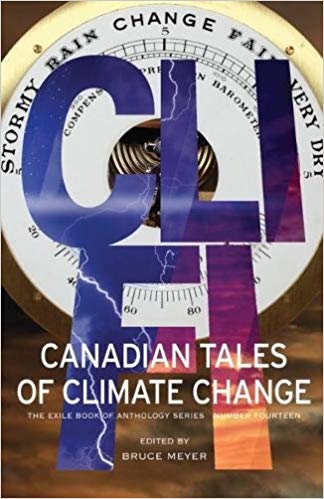